The Women of BLACK PANTHER

Most comic book-based movies have one or two powerful female characters... 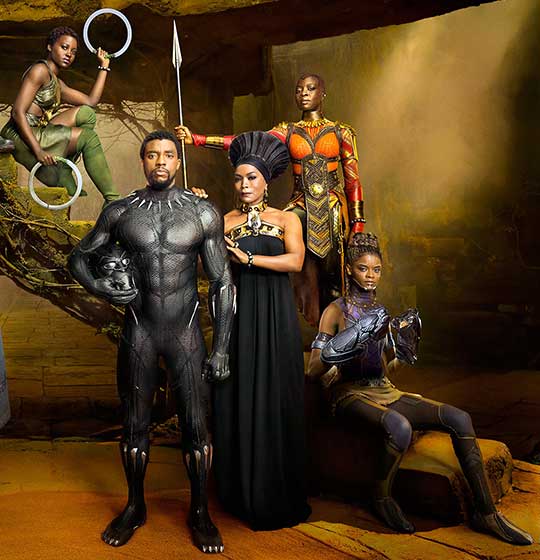 ...Wonder Woman being the obvious (and only) exception...until now!
Black Panther has several powerful women...and amazing top-notch actresses portraying them!
Here are their filmographies (covering sci-fi/fantasy/horror/animation)... 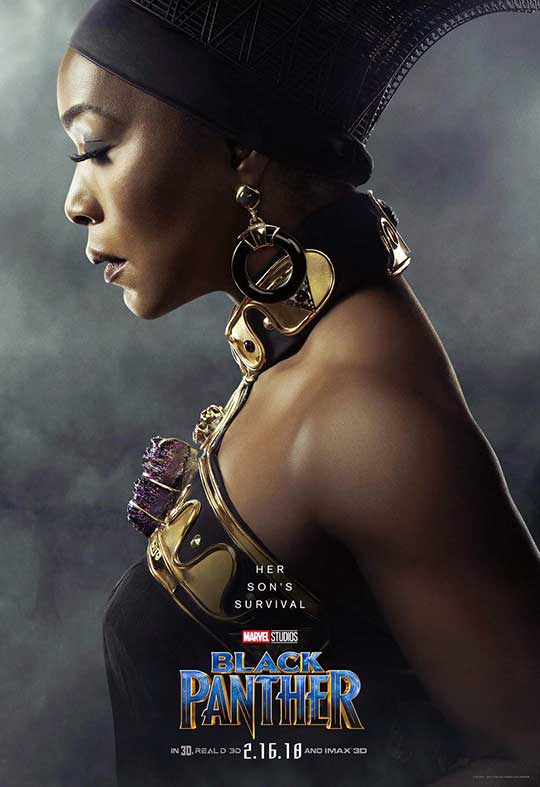 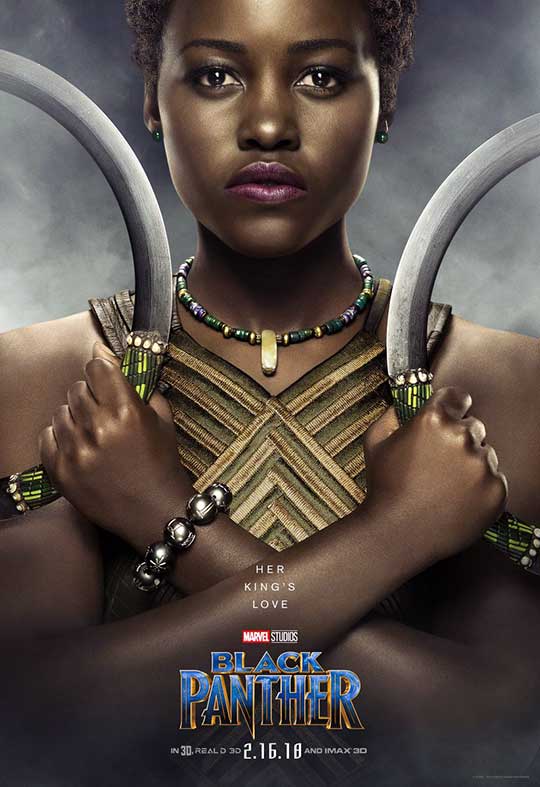 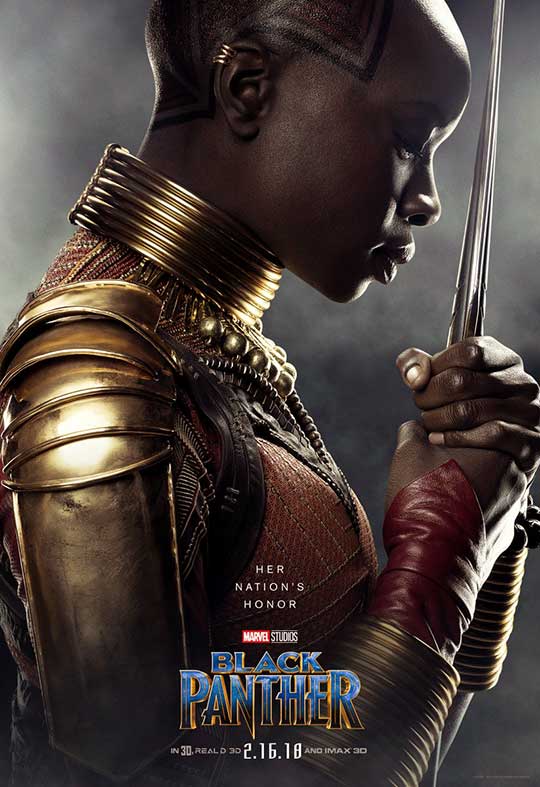 Avengers: Infinity War as Okoye
The Walking Dead / Robot Chicken Walking Dead Special as Michonne
Tinker Bell and the Legend of the NeverBeast as Fury 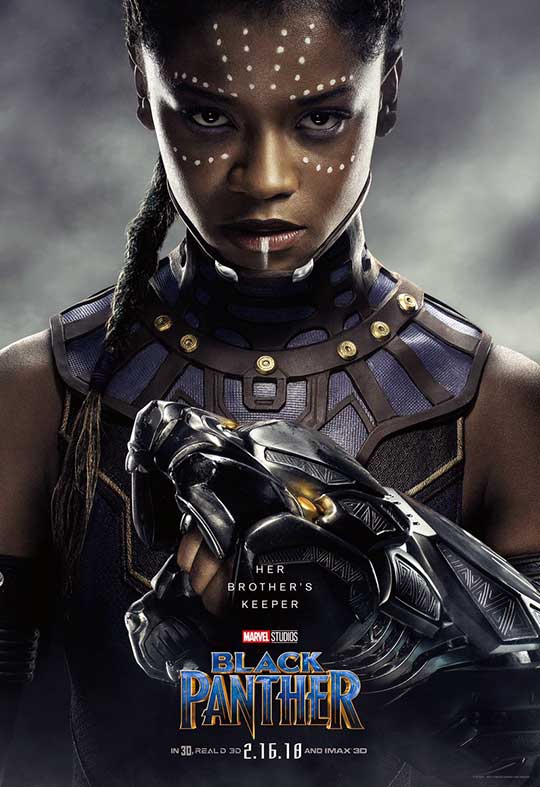 Ready Player One as Reb
Avengers: Infinity War as Shuri
Black Mirror "Black Museum" as Nish
Doctor Who "Face the Raven" as Anahson
Humans as Renie
My Brother, the Devil as Aisha
Posted by Atomic Kommie Comics at 1:38 PM No comments:

TRAGG AND THE SKY GODS "Race Against Death"

Remember Lorn, the heroine of our previous Tragg and the Sky Gods post? 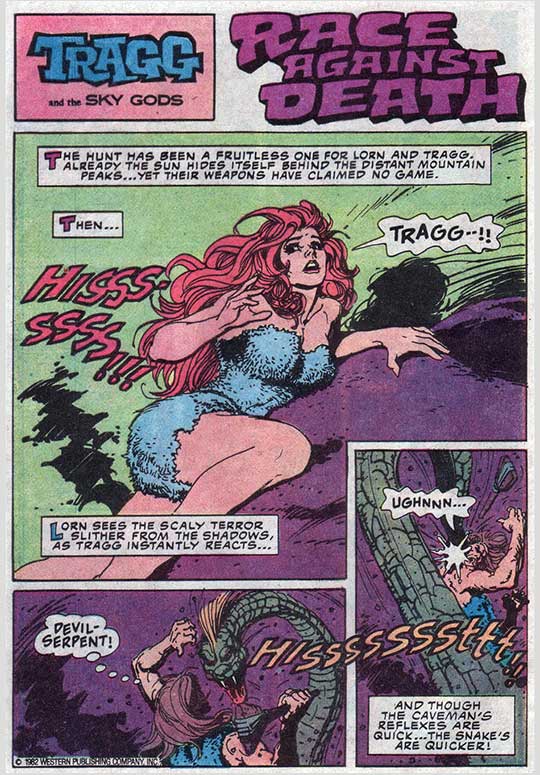 Here's a tale spotlighting her created before that one, but published long after it! 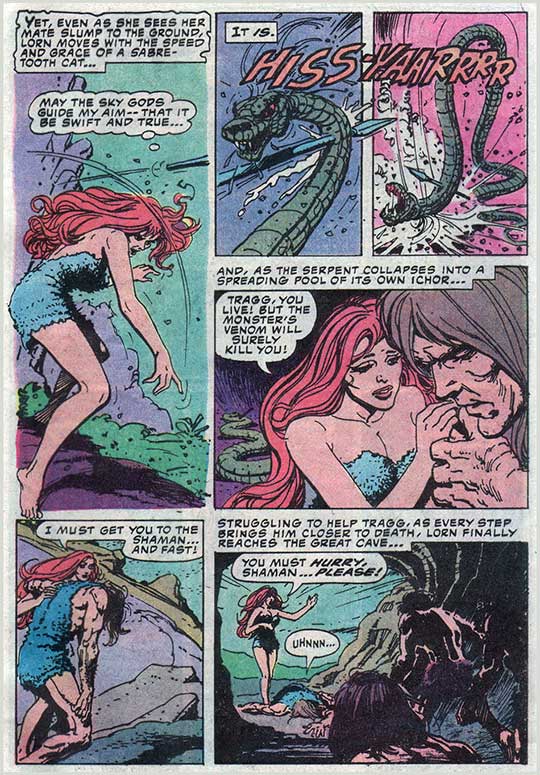 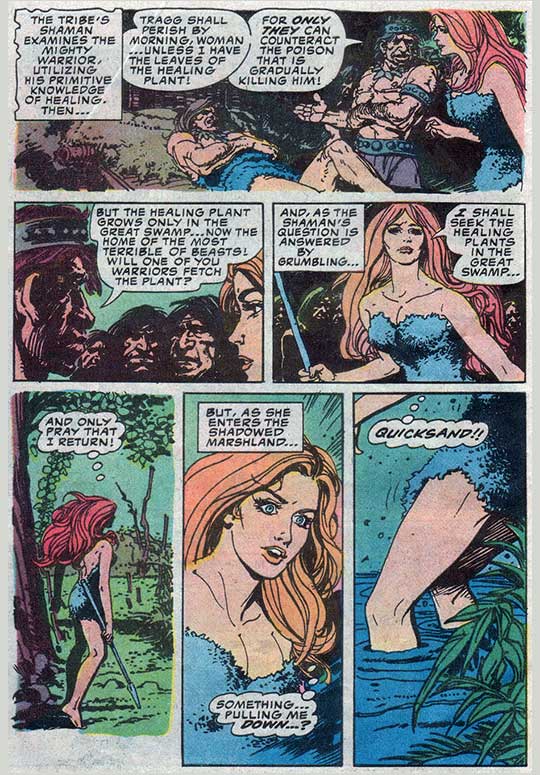 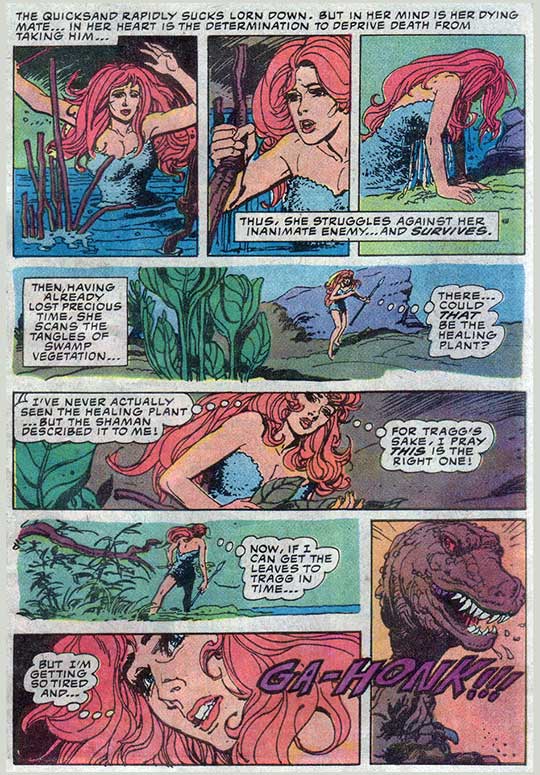 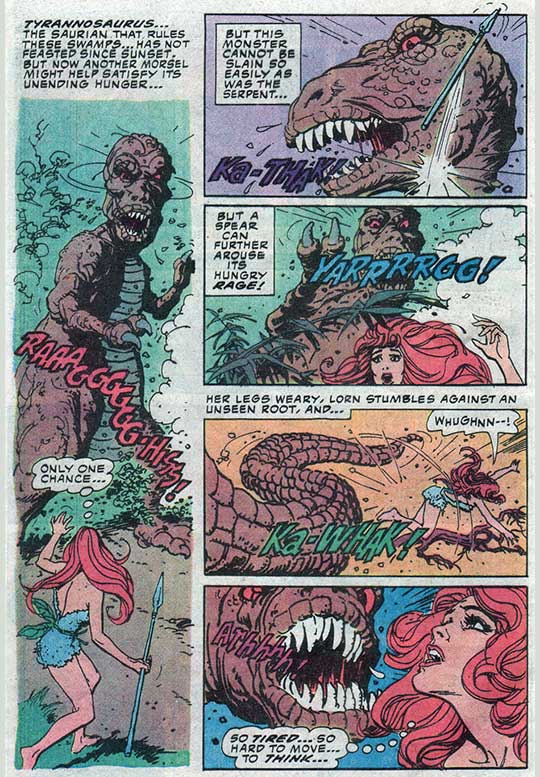 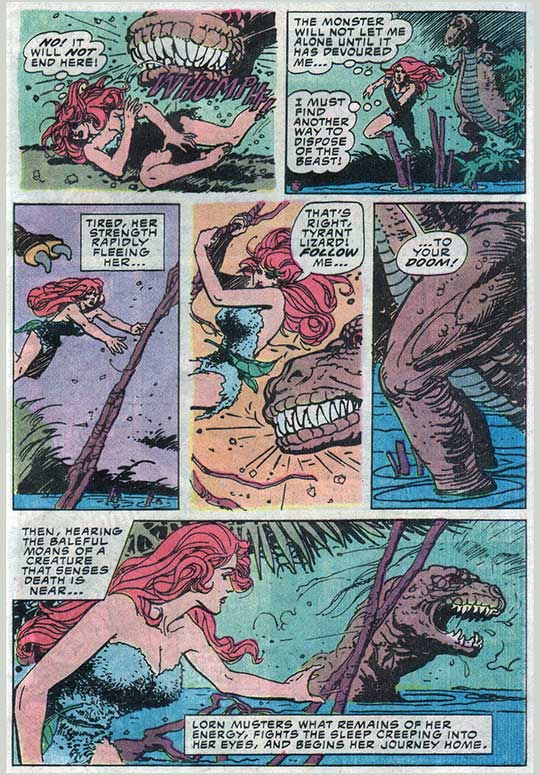 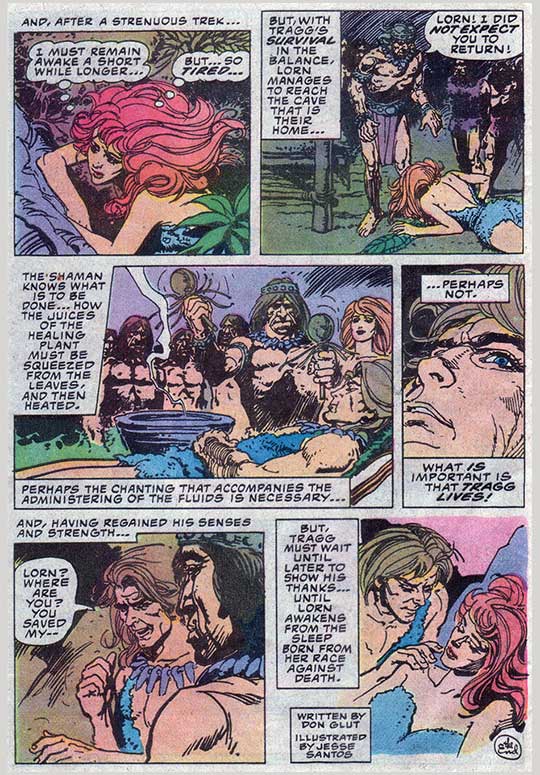 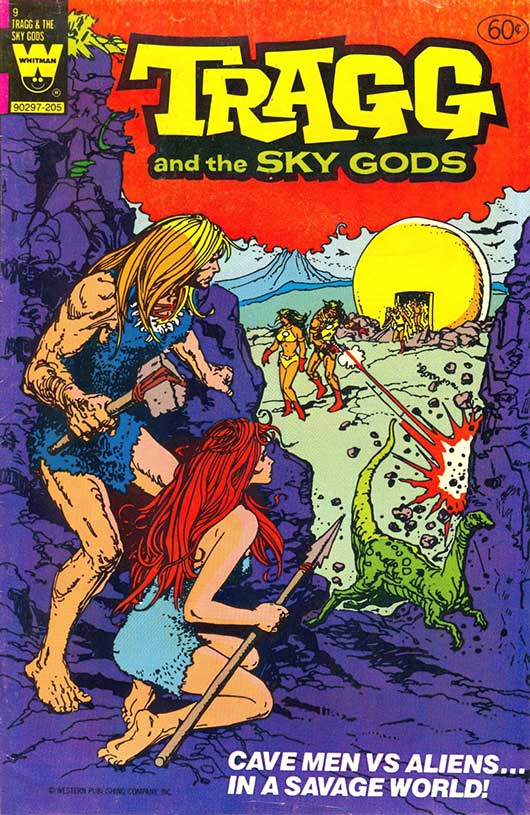 ...it was probably meant for a back-up tale in #1 (or #2) back in 1976.
You'll note the cover for #9 (above), which re-does the art for #1, makes no mention of the new back-up story!
The story is by the original artist/co-creator, Jesse Santos, who left the book (except for covers) as of #3 due to scheduling problems.
In addition, both Tragg and Lorn are dressed in garb they only wore in the Santos-illustrated #1!

Why had it not been used up to this point?
I suspect the editors felt Lorn was too aggressive, even during the heydey of Womens' Lib, but since #9 was the last issue, and the Gold Key line was shutting down, it would be the last chance to recover the money already paid for the story!
Please Support Heroines!
Visit Amazon and Order...
Bob Powell's Complete Cave Girl
Posted by Atomic Kommie Comics at 12:52 PM No comments: