Along with Wonder Woman, she was the premier video superheroine of the '70s... 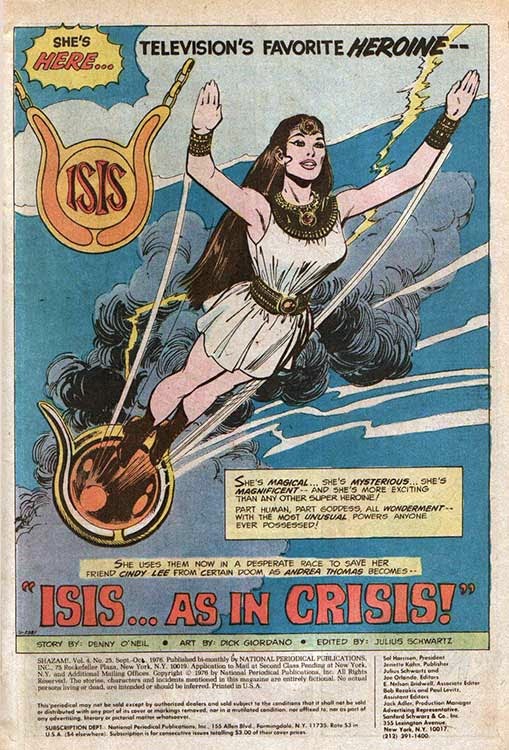 ...and here's her comics introduction in the book about the other live-action Saturday morning character from the same studio...Captain Marvel! 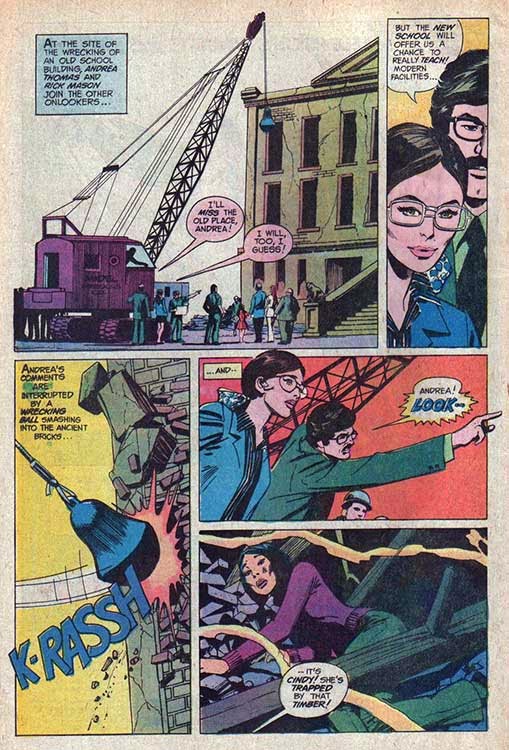 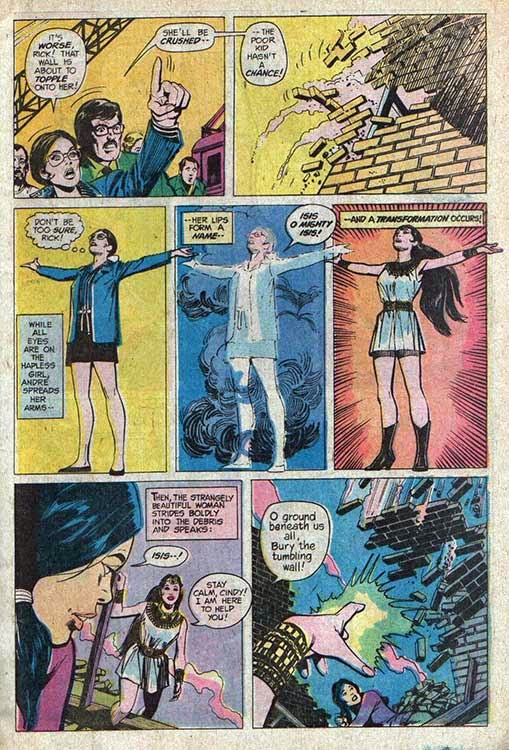 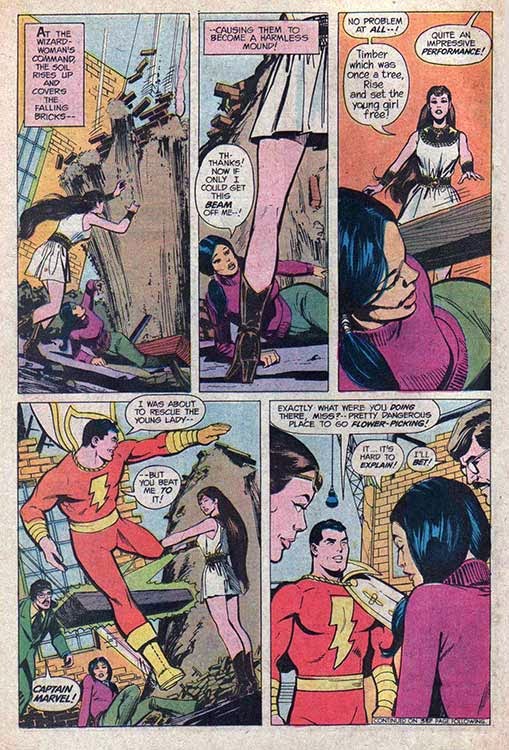 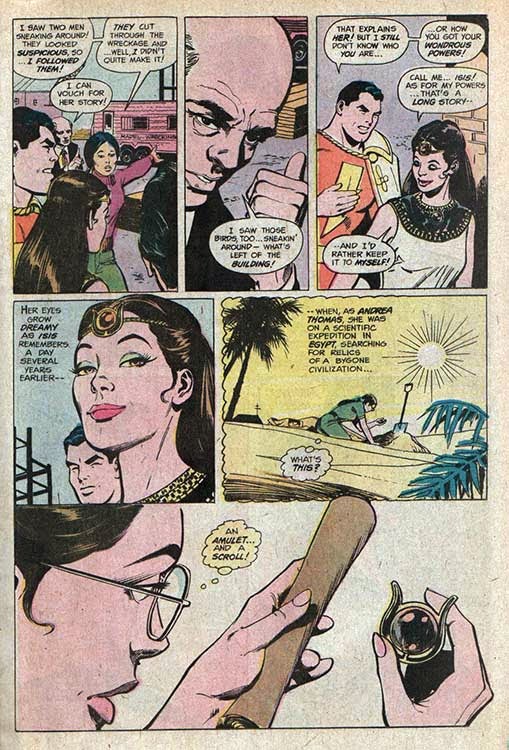 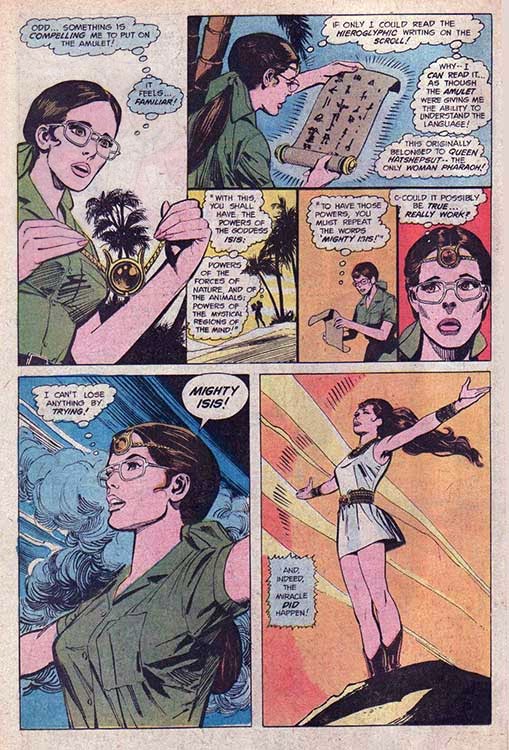 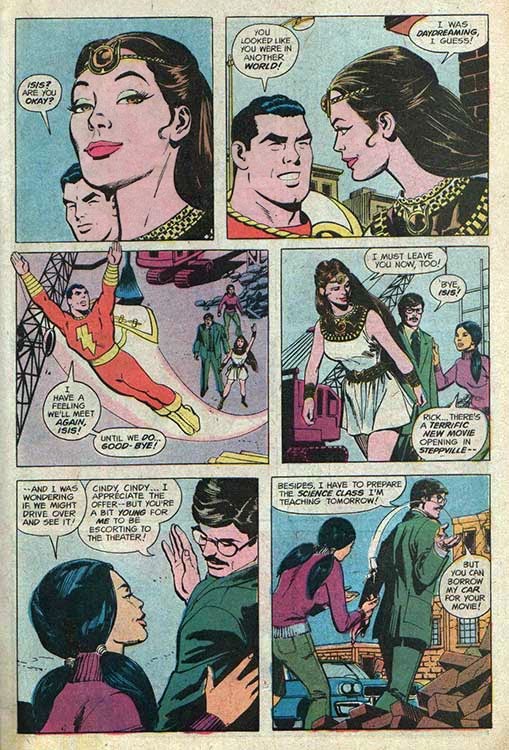 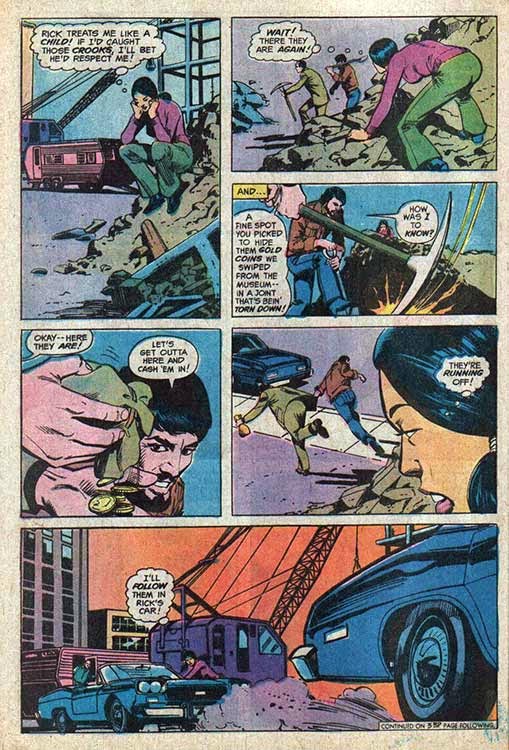 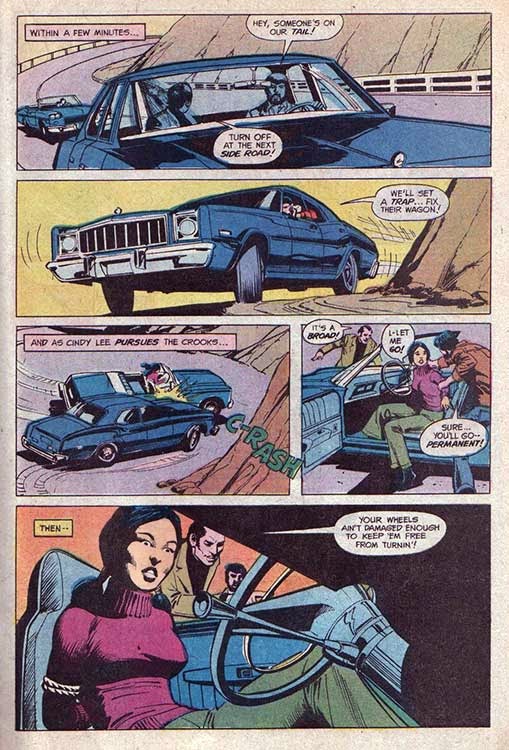 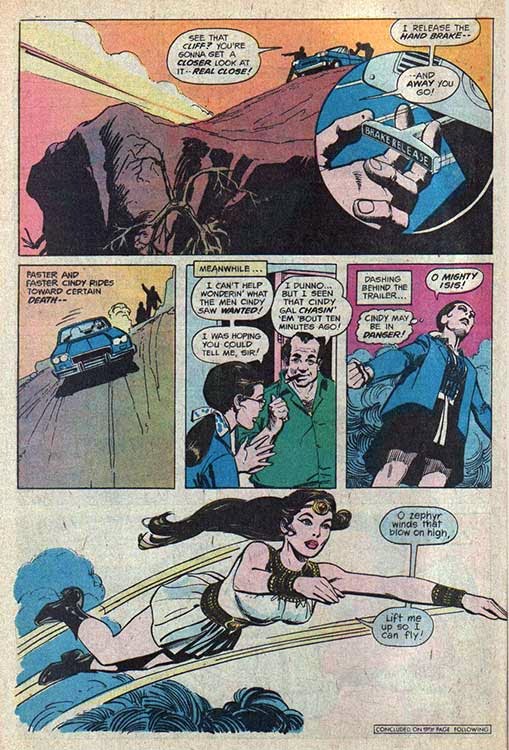 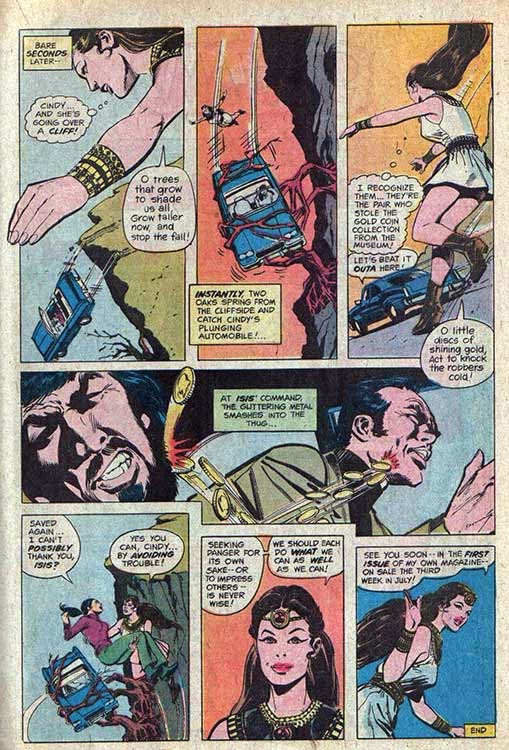 Though her origin was referenced in the opening credits (and you saw the discovery of the scroll and medalion), we never saw her first transformation from Andrea into Isis.
Written by Denny O'Neil and illustrated by Dick Giordano, this cover-featured introduction from DC's Shazam #25 (1975) has never been reprinted, even in the massive Showcase Presents Shazam! trade paperback which reprints the rest of the 1970s series!
For those who complain about Marvel currently altering their comics characters to match their tv/movie counterparts, DC did it over 35 years ago.
Shazam!s Billy Batson was sent on a cross-country video tour in a tricked-out van by his employers at WHIZ-TV, accompanied by his Uncle Dudley (with a mustache and safari jacket) as his (ahem) "mentor".
Besides setting up a similar plotline to the tv series, it gave the writers an opportunity to do a series of Bicentennial-themed stories about all-American kids in various locales.
(Comics are educational!)
However, the more fantastic aspects like Talky Tawny, the talking humanoid tiger and the villainous Sivanas were retained.
The Wonder Woman comic switched over to Earth-Two to cover the World War II adventures of the character, playing off the retro/nostalgia aspect of the tv show, while retaining classic Earth-Two elements like the Justice Society!
When the tv Shazam! was cancelled and tv Wonder Woman shifted to present-day adventures, all these changes were dropped.
BTW, here's the never-reprinted cover (and the original art) by Kurt Schaffenberger, who's rendered most of DC's heroines from Supergirl to Wonder Woman to Lois Lane! 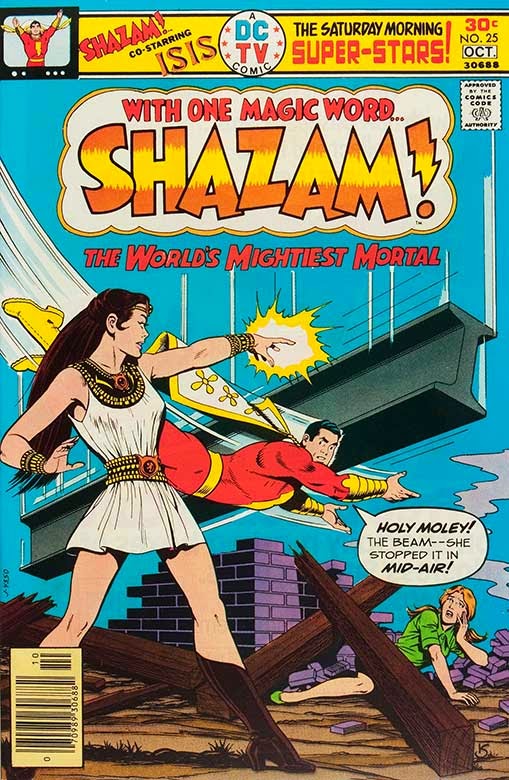 Also in the issue was a promo touting Isis' entry into the DC "TV Comics" line-up... 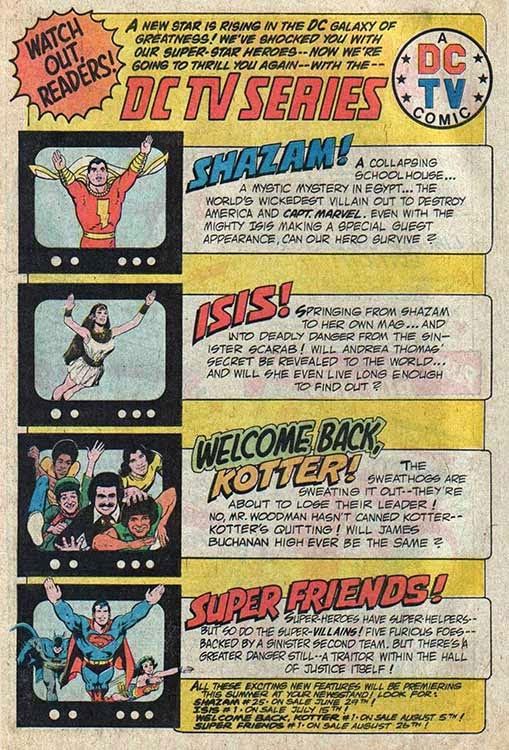 We'll be running the never-reprinted tales of Isis in the future!
Watch for them!
Posted by Atomic Kommie Comics at 9:41 AM 6 comments: