When Last We Left the Disco-Themed Heroine Who Actually Released an Album... 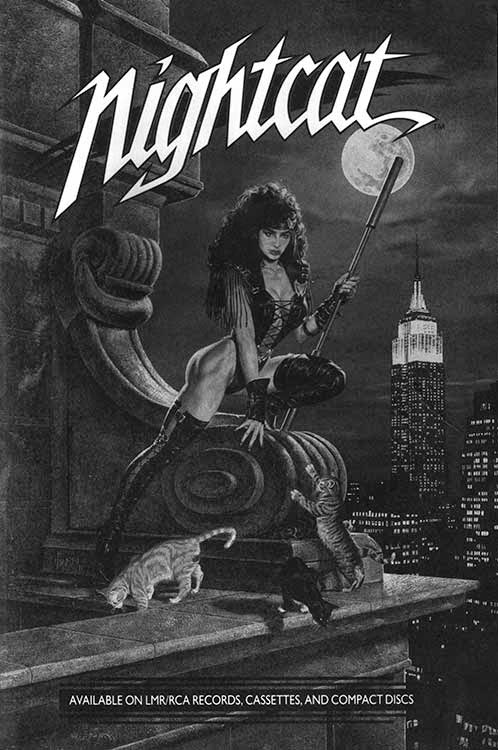 ...despite gaining cat-like super-powers from an evil scientist's machinations, NightCat is unable to prevent the death of her policeman father. 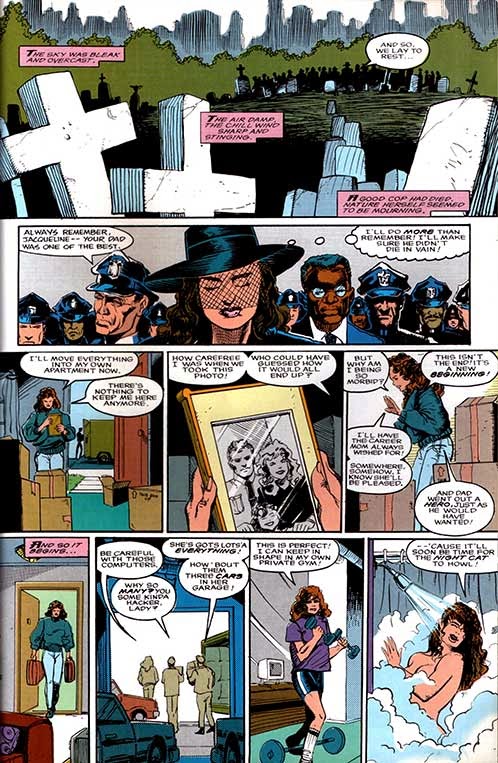 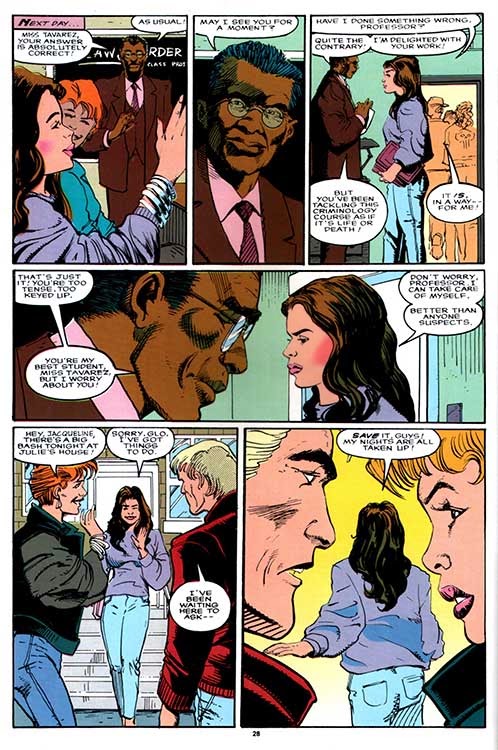 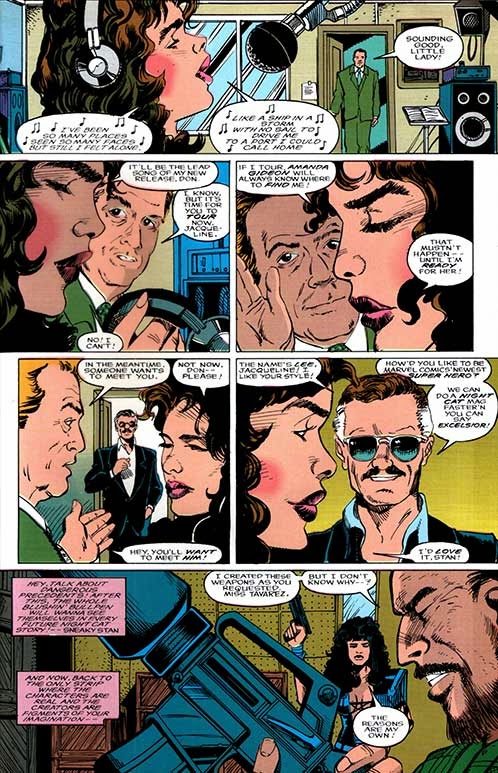 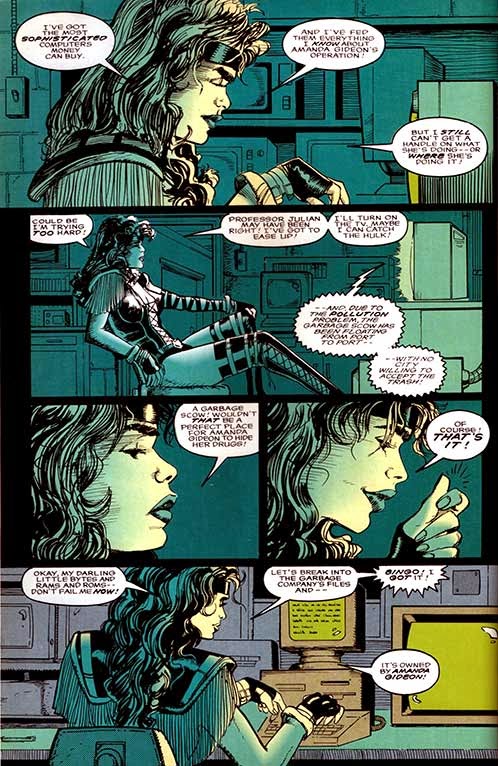 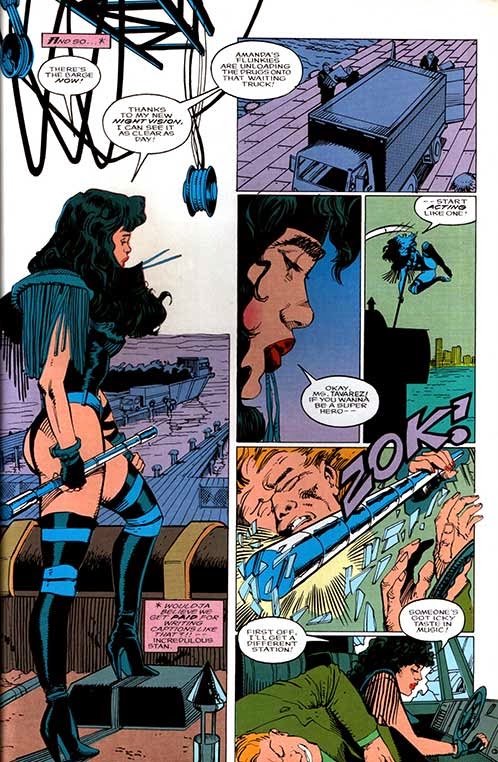 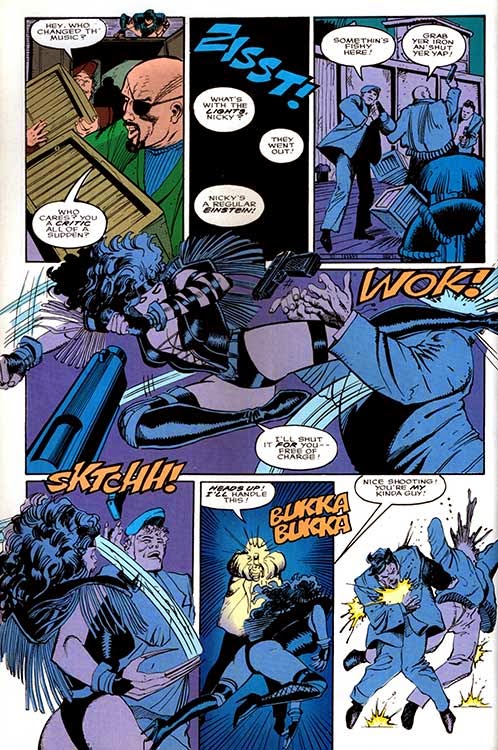 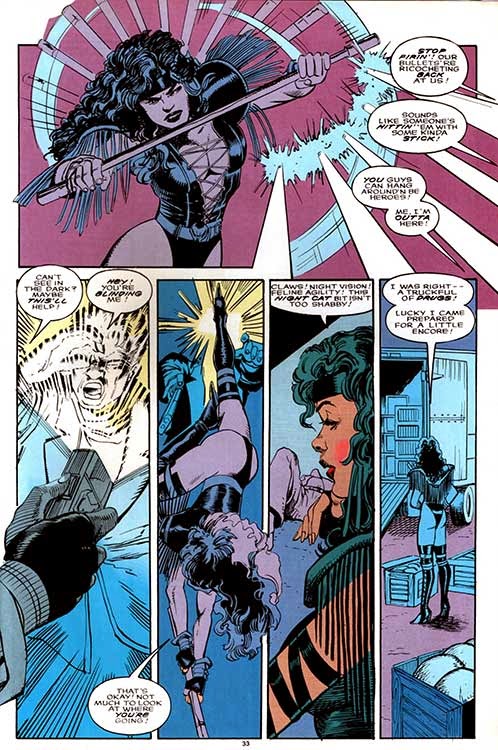 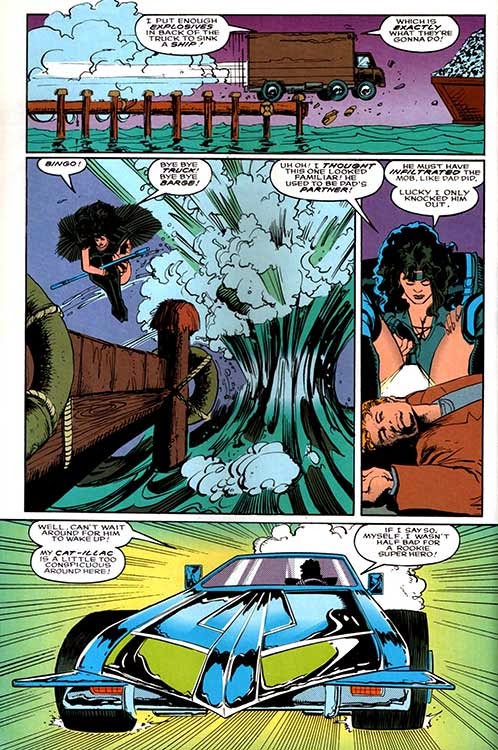 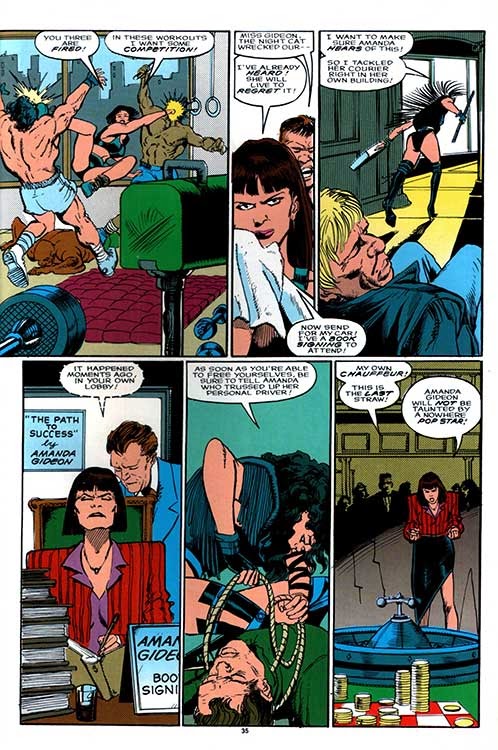 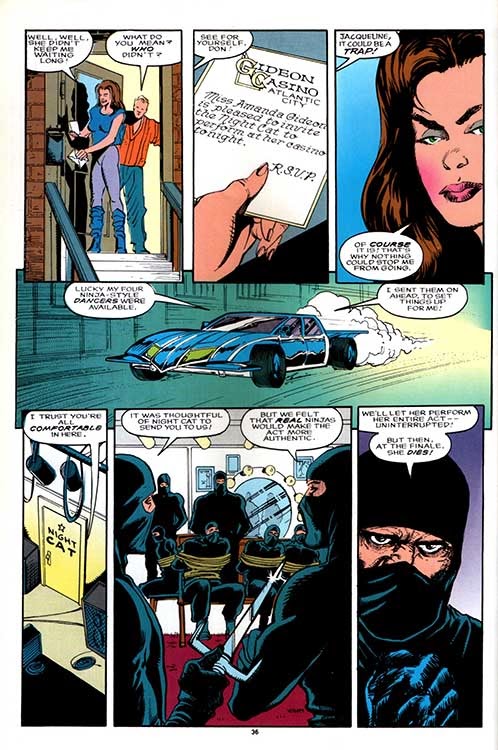 With Dazzler achiving some sales success, Marvel decided in 1991 to try again, this time following-through with the idea of using a real songstress performing in costume that they wanted to do with Dazzler.
In partnership with MCA Records, Marvel hired model/singer Jaqueline Tavarez to embody the character.
An album was released and Stan Lee appeared with her on several music-themed tv shows including Into the Night with Rick Dees and Party Machine with Nia Peeples.
Oddly, despite this being the Golden Age of MTV, no music video of NightCat was ever released!.
Posted by Atomic Kommie Comics at 11:51 PM