In the Golden Age of Comics, there was only one super-powered Asian/Eurasian heroine... 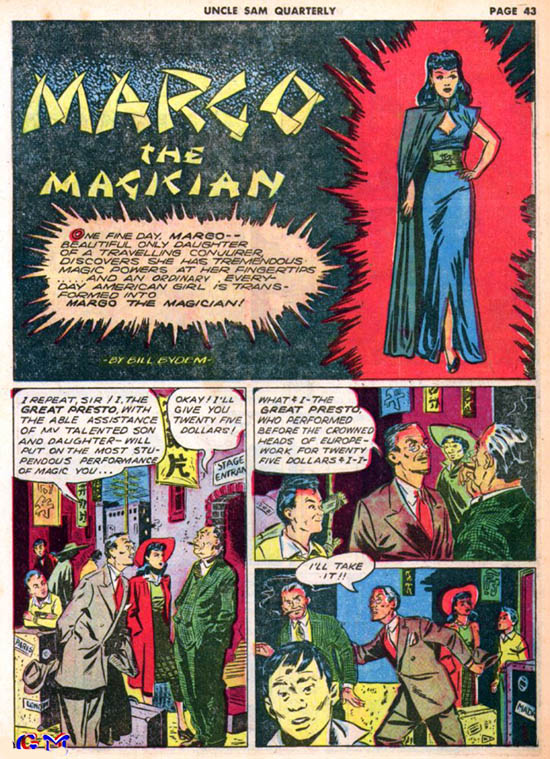 ...and this is her only appearance...ever! 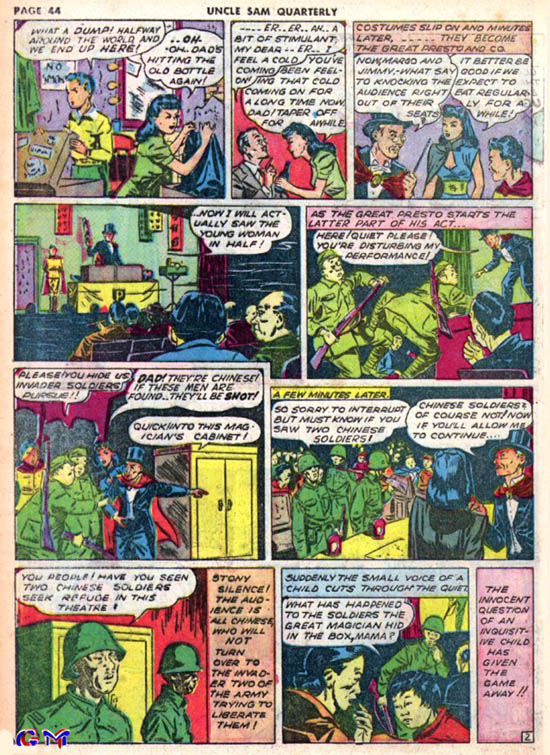 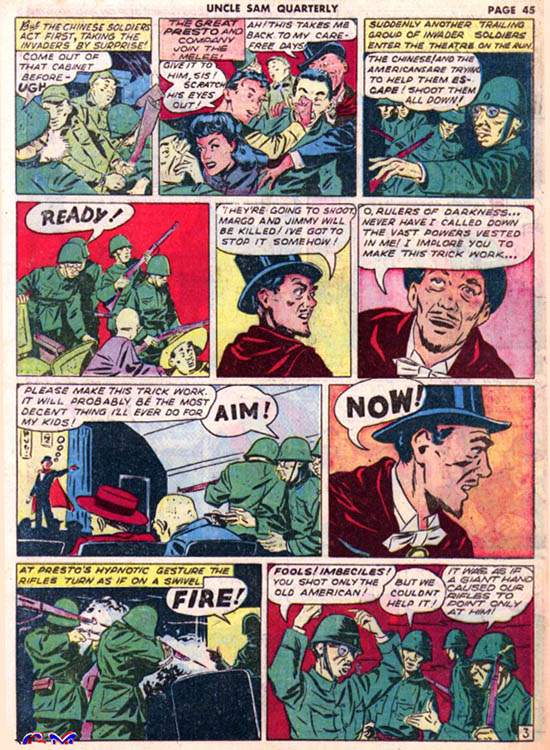 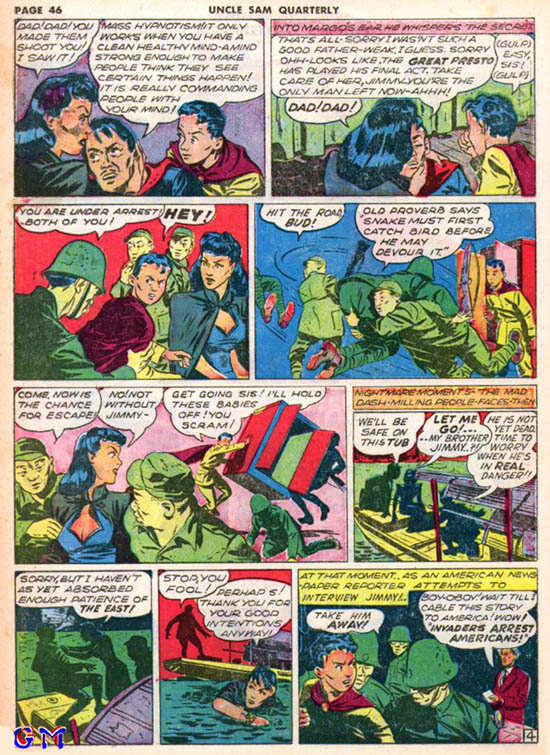 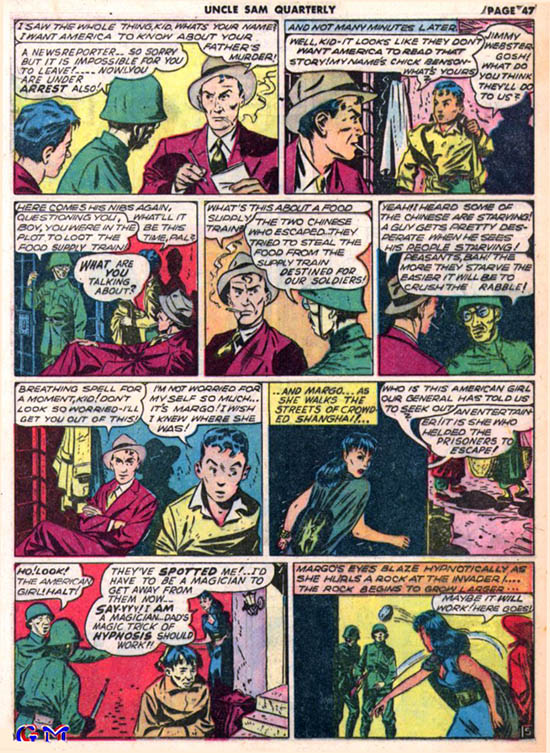 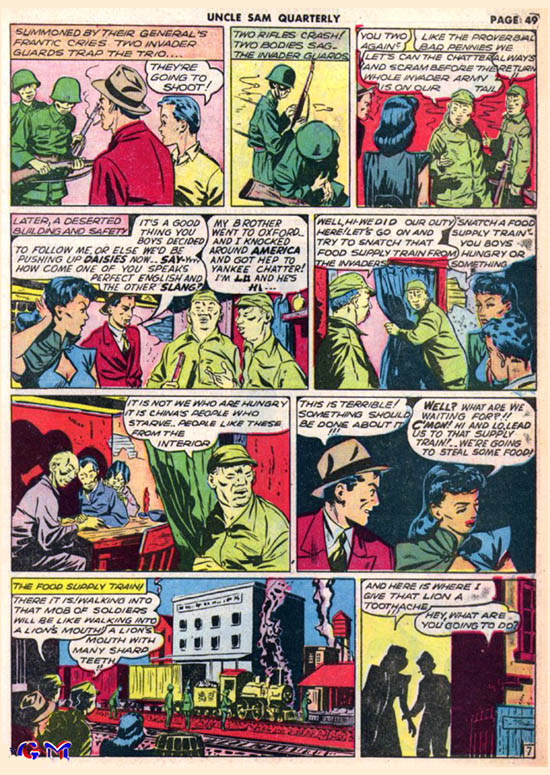 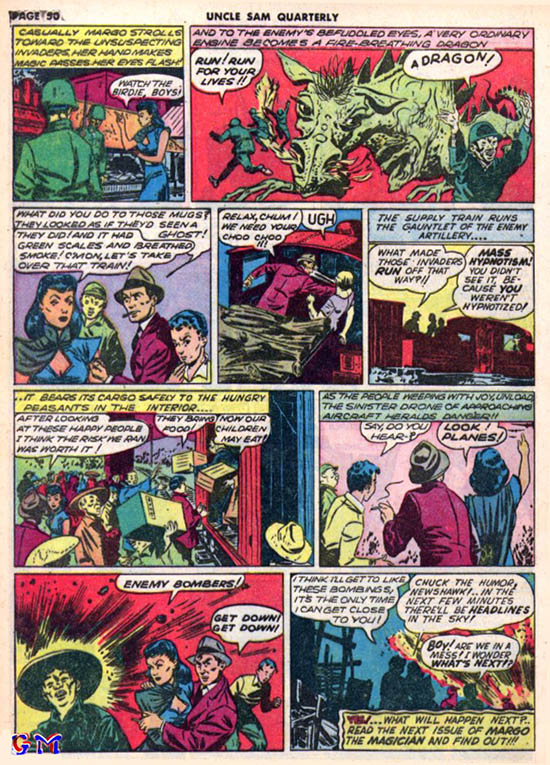 Note the last caption says "Read the next issue of Margo the Magician to find out!"
Sadly, there was never any issue of Margo the Magician!
This "origin" appeared in Quality's Uncle Sam Quarterly #2 (1941).
Margo was created by the Eisner/Iger Studio with no record as to who wrote or drew this story.
("Bill Bydem" was a pseudonym!)
The Margo strip was just as good as 99.9% of the other magician-superbeing stories, and she was one of extremely-few female magic-wielders in comics at the time!
Was it her ethnicity that kept her from being continued?
We'll never know.
Unlike almost every other Golden Age character, she has never been revived/rebooted, and this tale has never been reprinted!
Please Support Heroines!
Visit Amazon and Order... 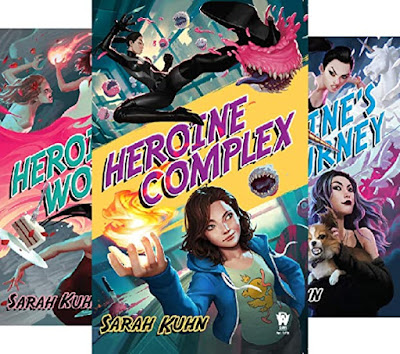 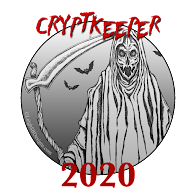