WONDER WOMAN "Fight to the Death!"

When Last We Left Our Heroines...
The cover pretty much says it all.
Prepare for a classic Silver Age catfight! 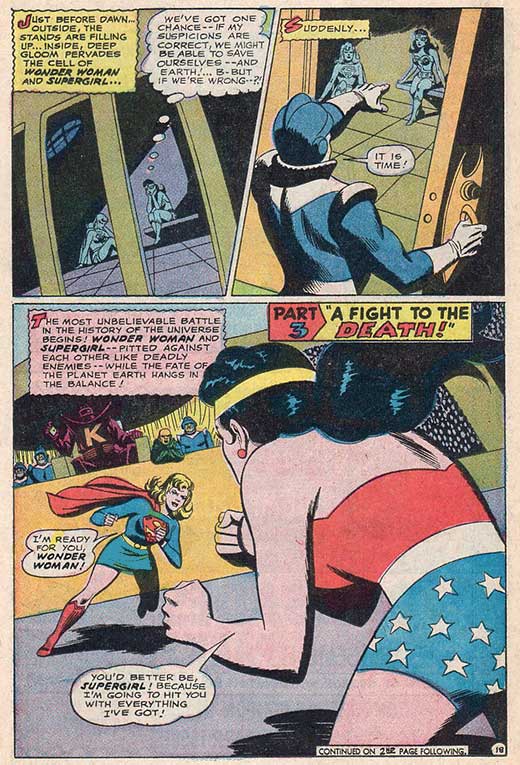 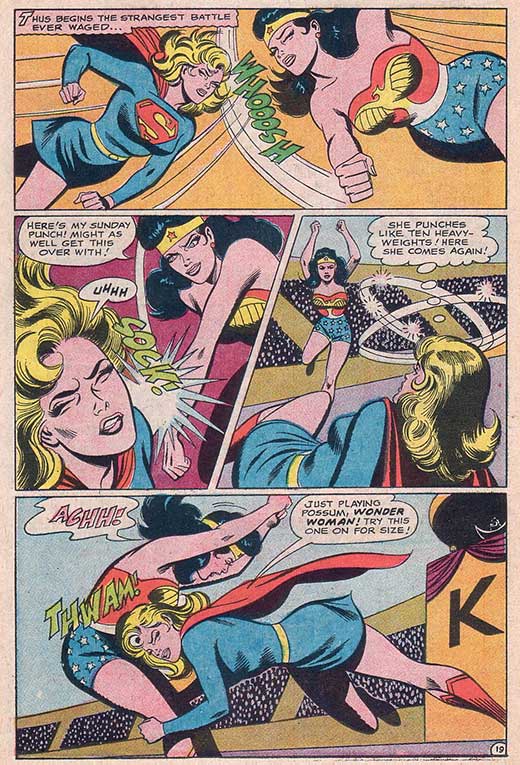 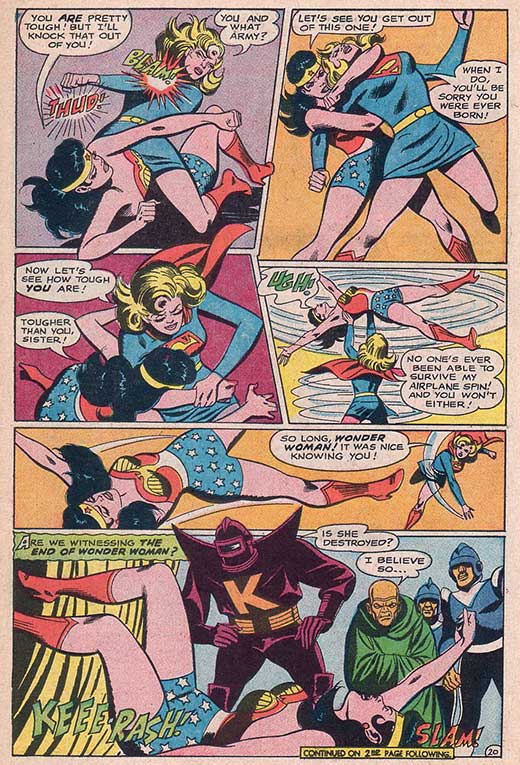 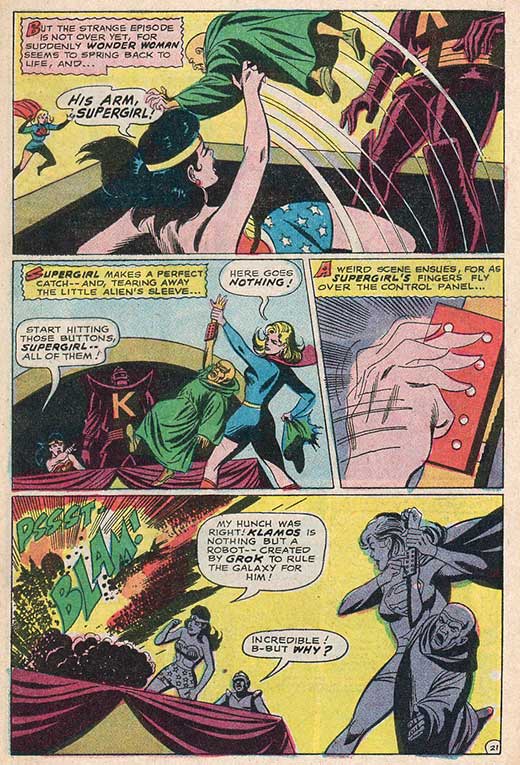 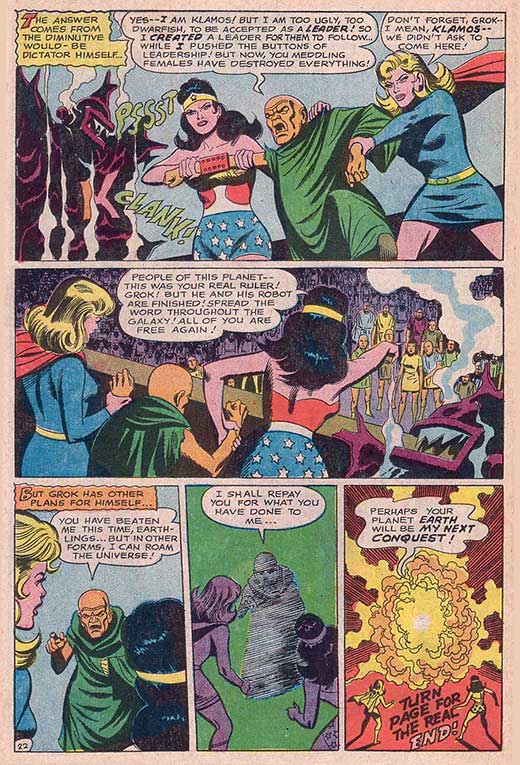 Grok has never appeared again, not even in the many reboots that have occurred since Crisis on Infinite Earths...
Written by Bill Finger, penciled by Win Mortimer, and inked by Jack Abel, this tale has never been reprinted in color since it's first appearance in DC's Wonder Woman #177 (1969).
You may wonder about the tag line..."Turn the page for the real END!"
This is the page...
...and the series was about to do the wildest reboot any comic had ever done up to that point!
My buddy, Rip Jagger, can fill you in on that fascinating story, starting HERE! 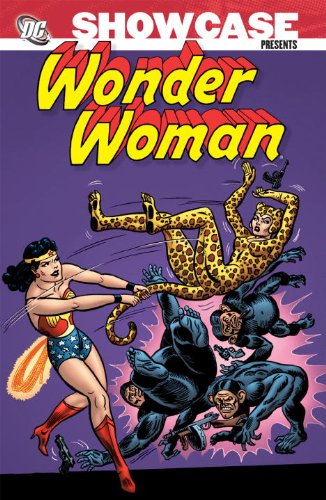 Showcase Presents
Wonder Woman
Volume 4
(which concludes with the story we're re-presenting...but in black and white!)
Posted by Atomic Kommie Comics at 9:41 AM