Tomboy: A girl who dresses and sometimes behaves the way boys are expected to... 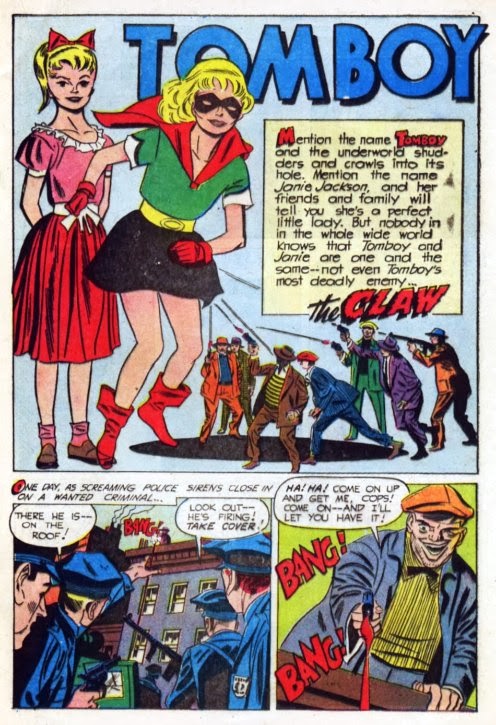 ...and, perhaps, was the inspiration for Kick-Ass' 'tween terror Hit-Girl? 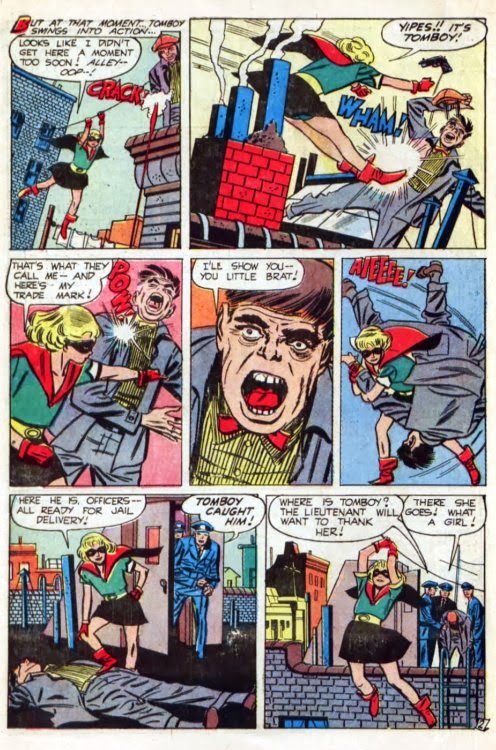 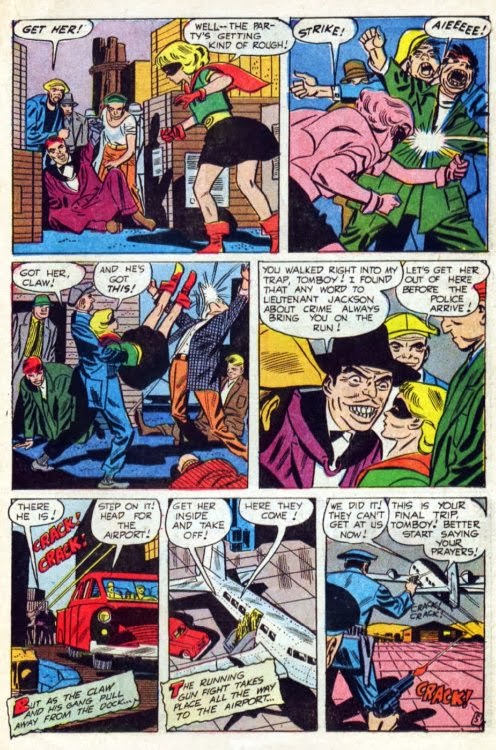 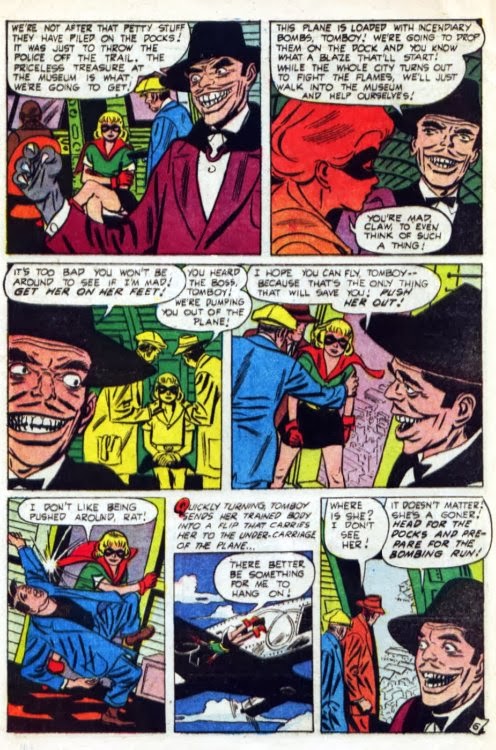 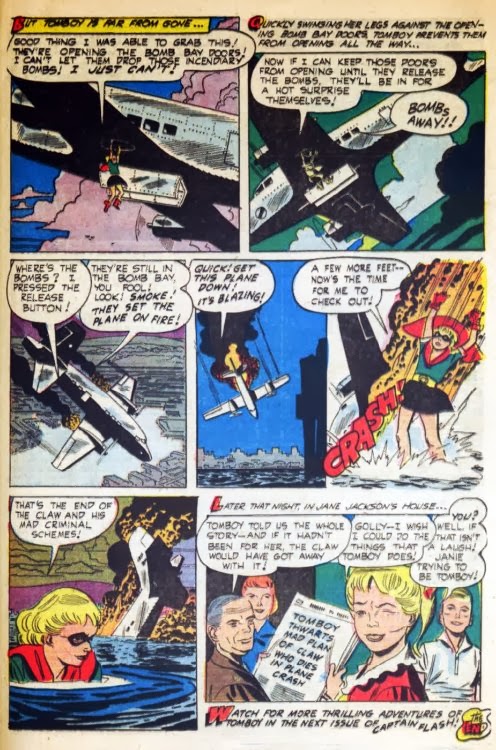 This premiere tale from the back pages of Sterling's Captain Flash #1 (1954) was illustrated by Mort Meskin, though the writer is unknown.
Tomboy appeared in all four issues of the short-lived title, never making the cover.
Nor did they ever do an origin story.
She was just a 12-year old girl who could wipe out an entire gang with her gloved hands.
(Note: as of Captain Flash #2, the newly-instituted Comics Code prevented her from killing anybody else.)

Be here next week, when we present another tale of classic comic grrl power!
Visit Our