We presented her origin tale HERE... 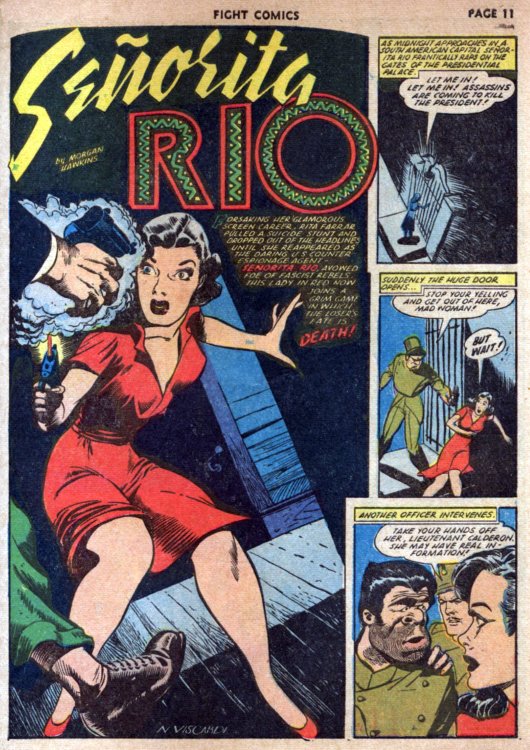 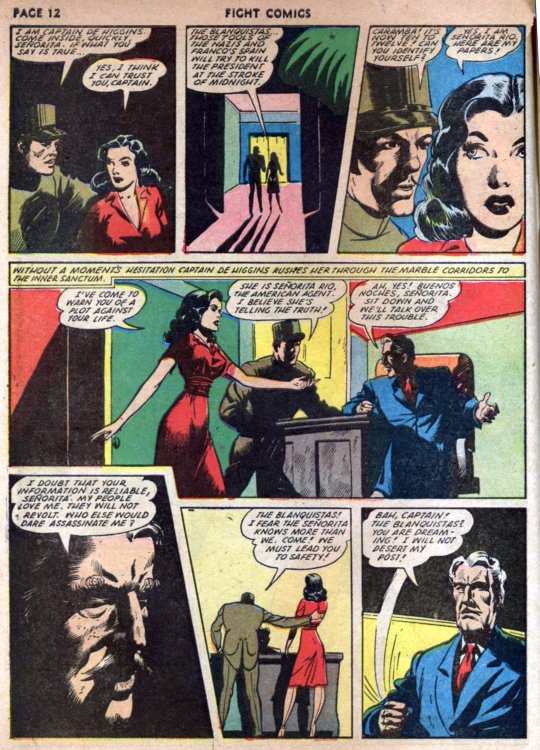 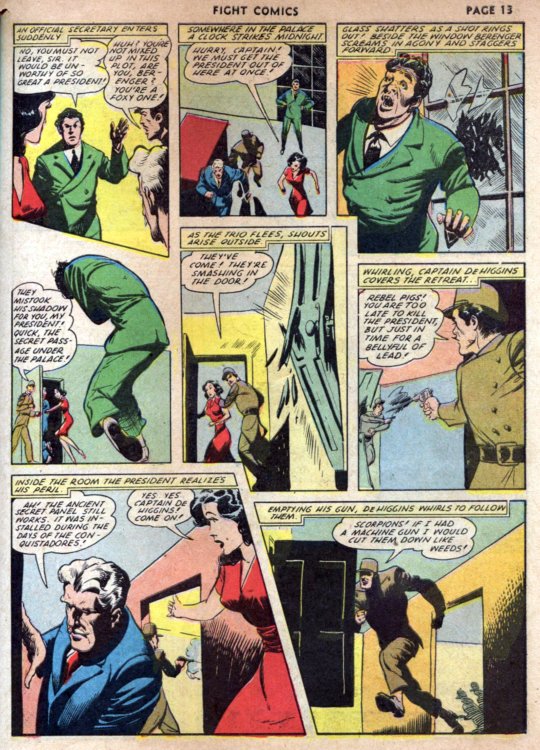 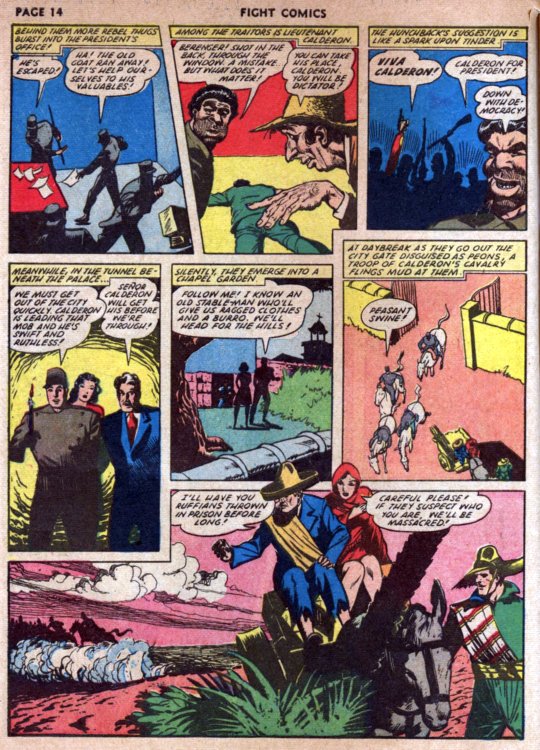 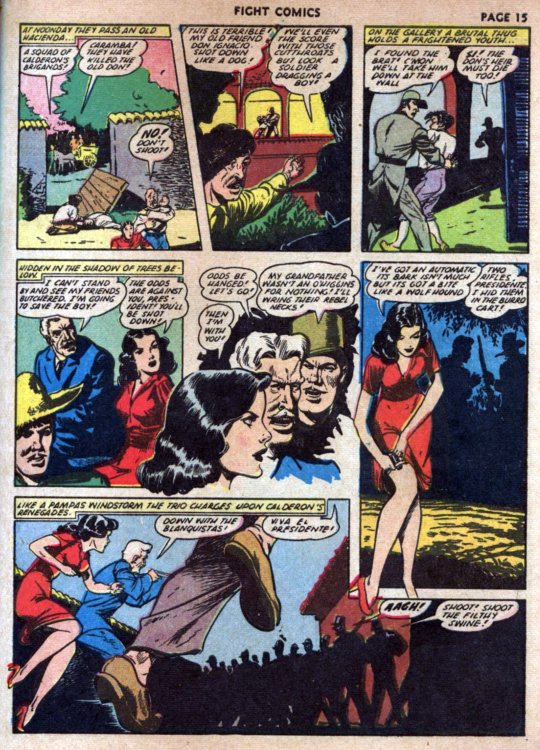 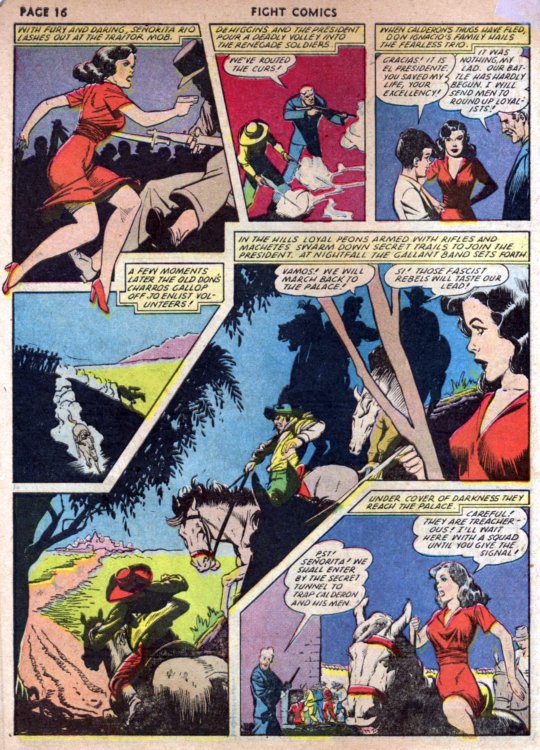 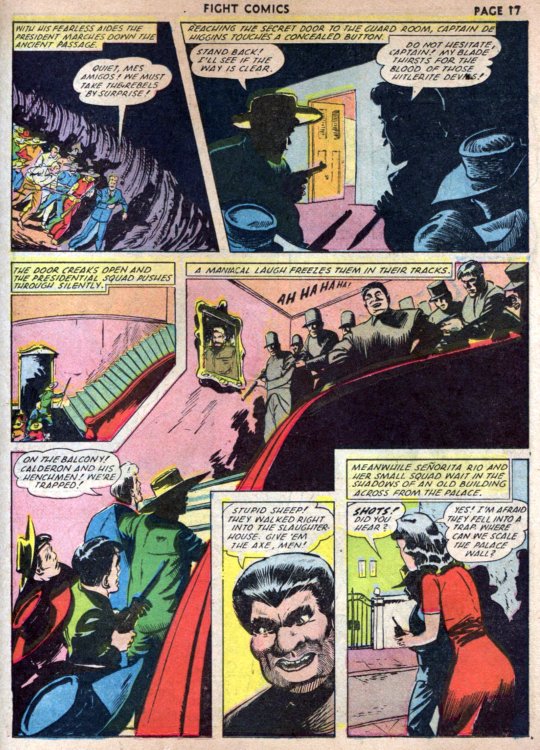 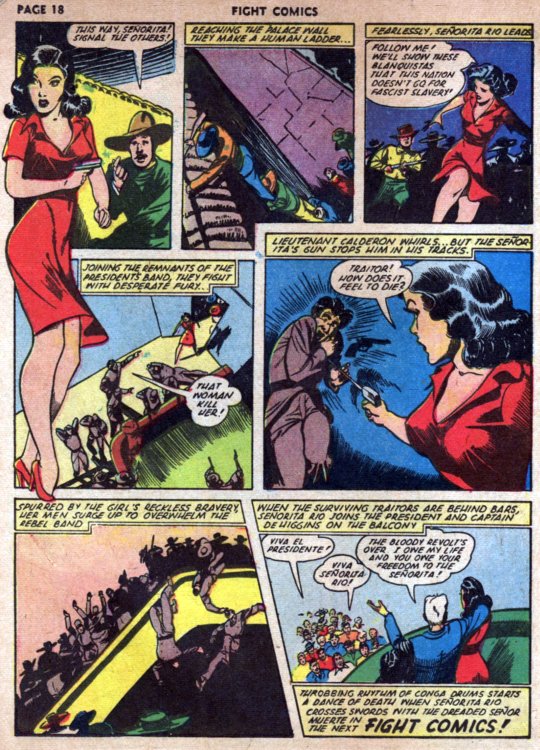 She was proficient with weapons, and could handle herself in perilous situations, requiring rescue by male associates far less frequently than most heroines of the Golden Age of Comics.
Art by Nick Cardy, whose comics career spanned over 60 years from the 1940s to the early 2000s, when he retired except for occasional commissioned work.
Visit our