During the Golden Age, characters were often introduced without an origin story... 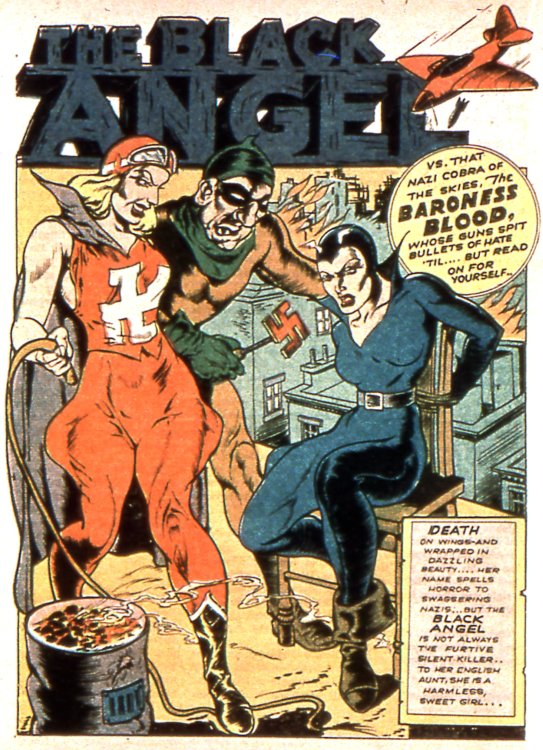 ...such as this aviatrix who premiered in the male-dominated pages of Hilman's Air Fighters Comics #2 (1942). 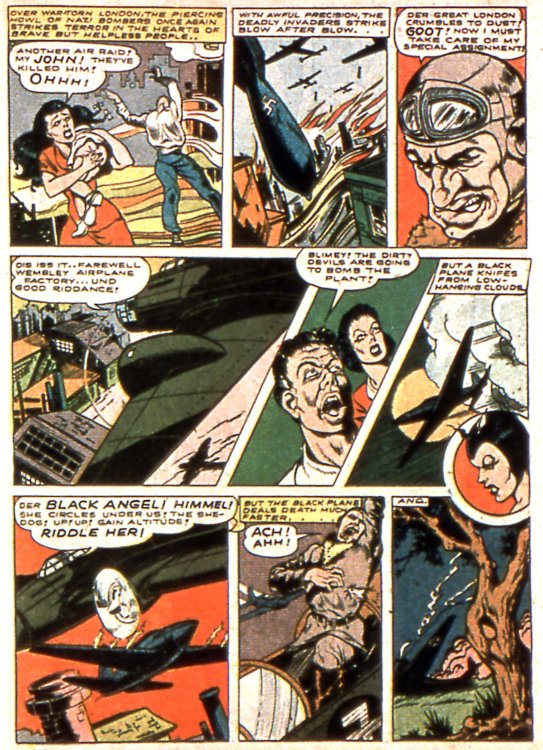 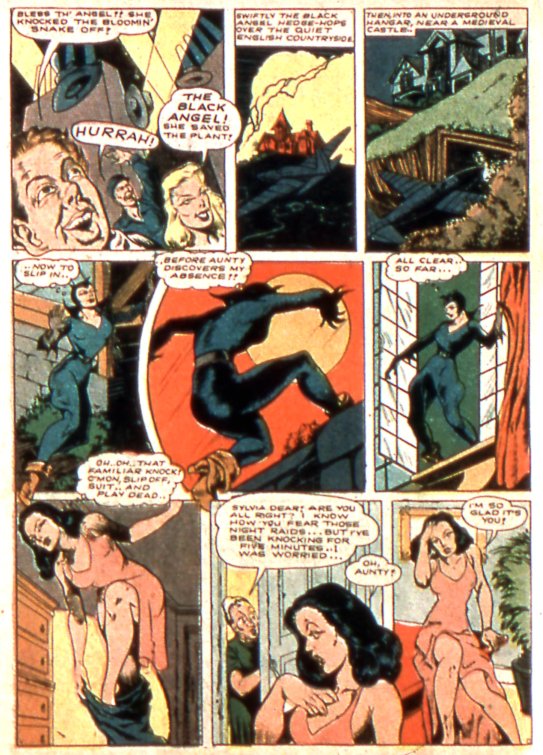 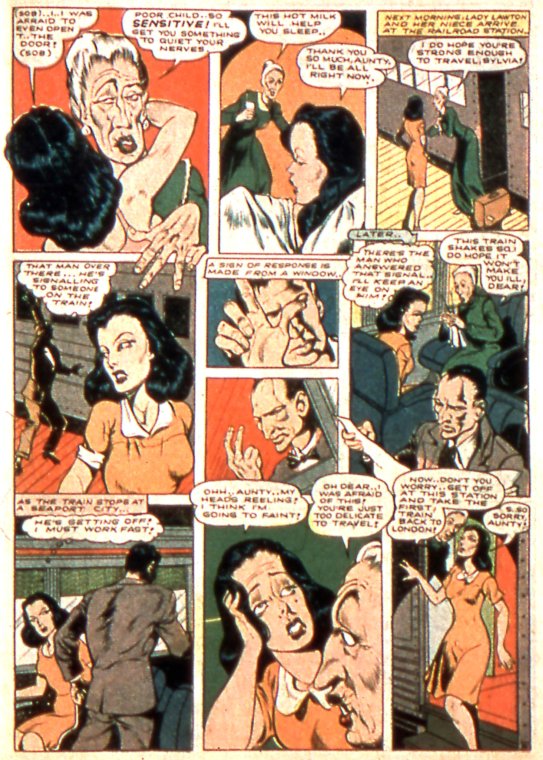 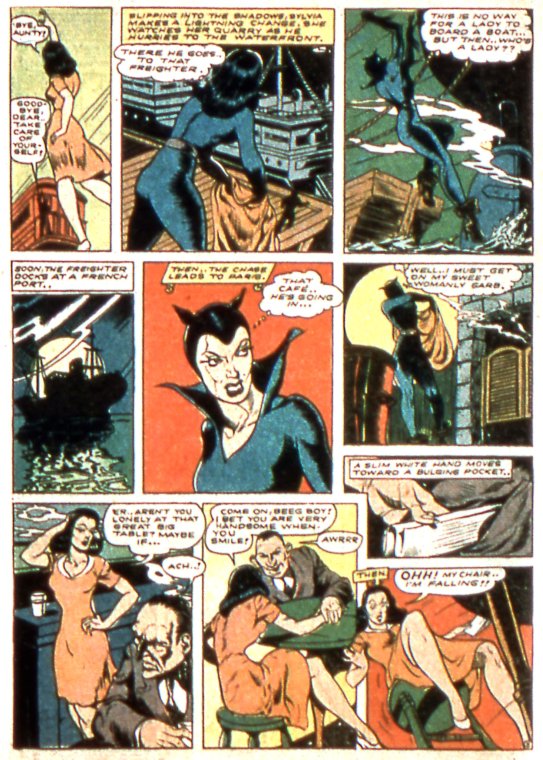 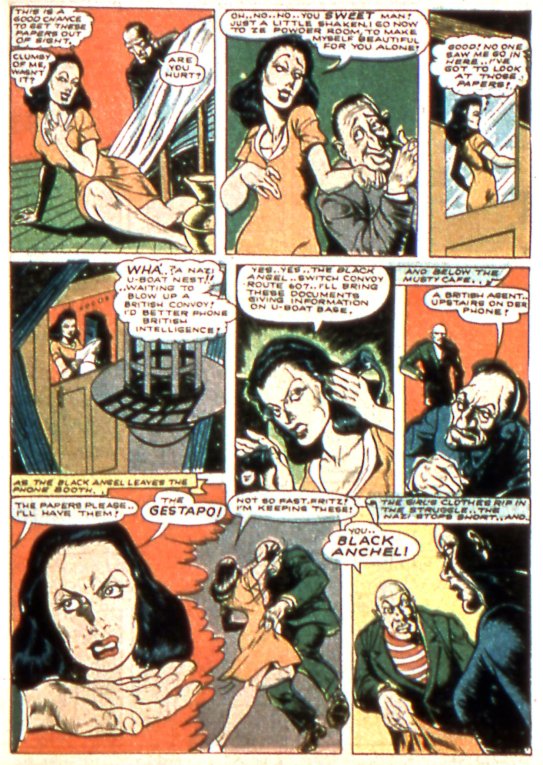 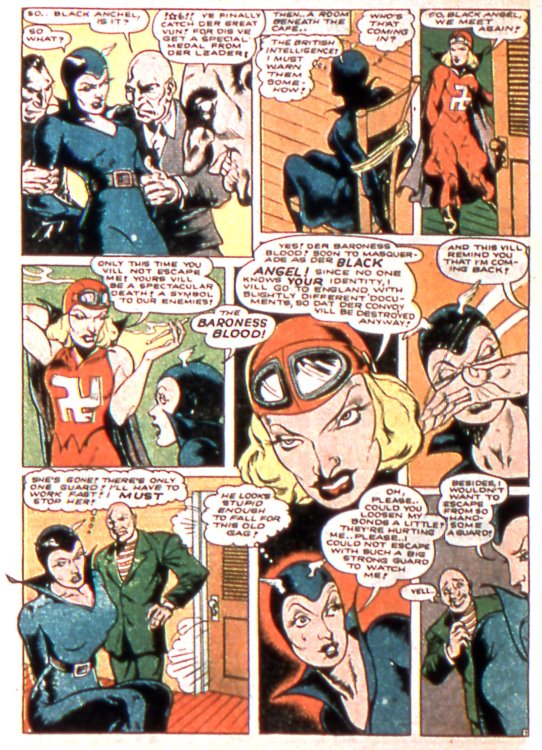 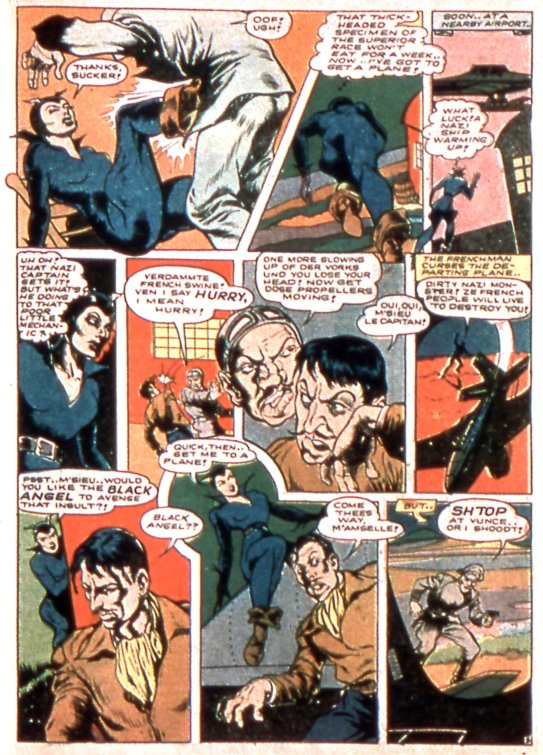 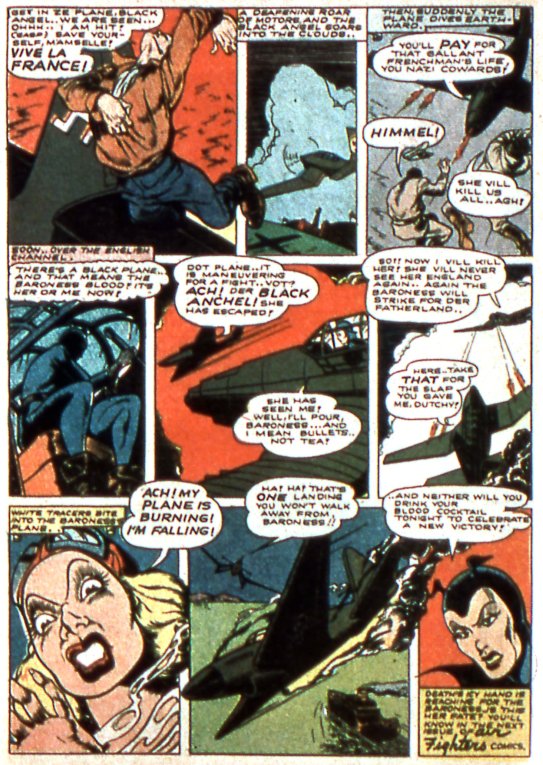 Considering next issue's Black Angel story is called "Return of Baroness Blood", what do you think?
Though the writer is unknown, the art is by John Cassone, a journeyman artist who worked for practically everyone at one point or another doing everything from Westerns to war to pirates, during the Golden Age.
Trivia: Black Angel is one of the few British heroines in Golden Age comics!
When the Air Fighters characters were revived by Eclipse Comics in the 1980s, a  Black Angel was part of a team of female aviatrix, Air Maidens, led by Airboy's nemesis Valkyrie.
But it was a different character, Holly McCovey, replacing the now-elderly Sylvia Lawton as Black Angel.

Be here next week, when we present another tale of classic comic grrl power! 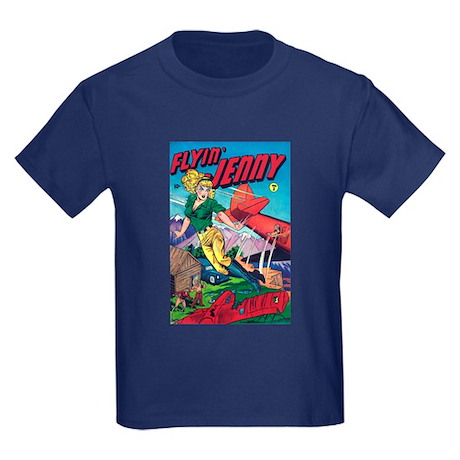 Comic Collectibles Store!
Posted by Atomic Kommie Comics at 9:44 AM